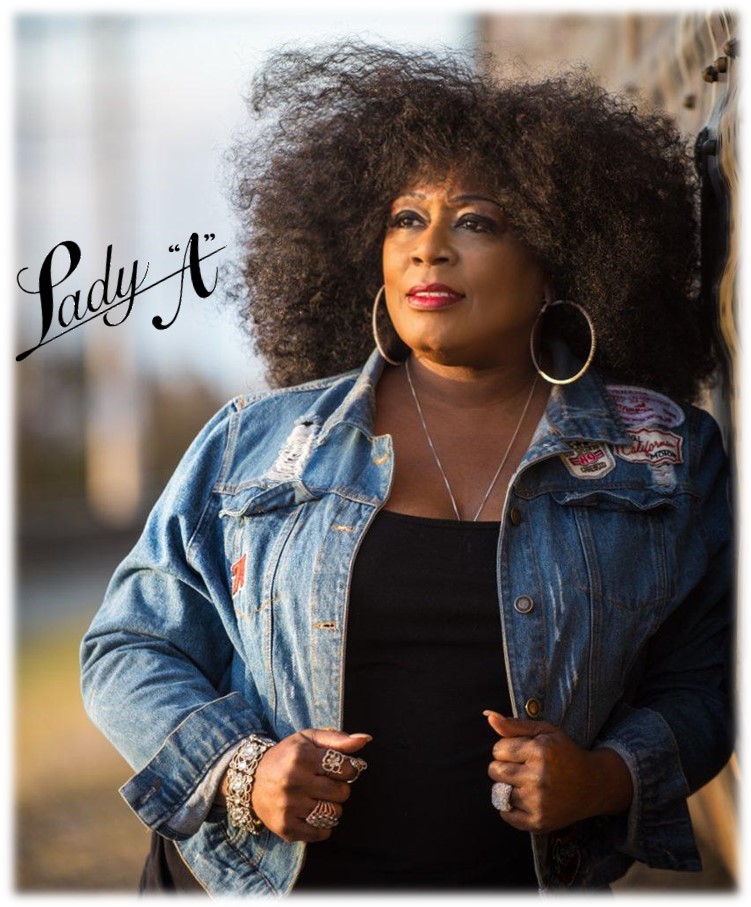 “It is important for the next generation behind me, those young artists ( black, white, indigenous, people of color)  to know within their power, with all their might, always try to “Do the Right thing”   Stand up for yourselves; even if you have to stand alone.”

Words spoken with much conviction by Anita White, a name you may have not recognized until very recently, when a name change by country group Lady Antebellum sparked flames with White, known by her music family as Lady A.

Before going any further into that, I want to back up a little bit and introduce you to Anita, prior to this lawsuit.

Coming from a musical family, White began singing in the church choir at age 5, sticking around to become the Choir Director by age 16.  “My mother is a gospel singer, my father was a drummer, my grandmother loved blues, my brother plays the drums and my niece is an amazing artist in her own right, her name is Umi.  She is amazing.  So I come from a musical family.”   This passion found a home in Anita’s heart, and led her to continue pursuing music, finding herself as a karaoke singer in the 80’s, and later joining the Sonny Byers Motown Revue as a back-up singer.

Though the passion was there, White admits that the jitters still resided in her as well, actually playing a part in her stage name; “I wasn’t that confident about singing and didn’t want anyone to know my name so I went by Lady A. I married and moved to Florida and began singing Karaoke again and one of my sista-friends would call me Miss A,  I told her, I’m married, you can’t call me Miss… I’m Lady A… so she said, you’ll always be Lady A.. and it stuck with me.”

In the early 90’s  Anita found her way back to Seattle, where she was asked to sing  by Louie Thompson of Thompson’s Point of View.  “I didn’t have a band at the time, so I asked my friends in the Motown Revue to play for me… and we became Lady A & the Baby Blues Funk Band.”

Though the band was born that day, it wasn’t a quick climb to success, White and the guys stepped right in with the working class, paid their dues, and found  inspiration and meaning along the way. “My career was very gradual… out of Lady A & the Baby Blues Funk Band we played many clubs and have done loads of weddings.  We used to perform at the Paragon on Queen Anne Hill in Seattle for many years… The original Scarlet Tree in University district, the Esquire Club.  So many festivals.   It led me to be able to work in Europe with United by Music Europe as a mentor for the intellectually disabled, teaching stage presence and Gospel music.   It has led me to be able to sing gospel at festivals as well as blues, which brings me the ultimate joy.   It has led me to meet so many amazing people and artists along the way who have inspired me, or whom have told me I inspired.”

With the experience and inspiration comes great confidence, and brings us back, in a way, to where we started;  “I’ve become confident in what I do, more intentional about the lyrics I write and the people I interact with.  I have discovered that I should have trademarked my name…” White explains with a slight chuckle, though well aware that it is no laughing matter.

“Lady Antebellum came out and said Black Lives Matter ( I didn’t say that, no one forced them to make those statements);  then thought that shortening their name to  “their nick-name” made it ok and Woke.   I said, I work in Race and Social Justice, so if you say Black Lives Matter, mean it or say you made a mistake. They really don’t,  and kept the name Lady A  because Lady Antebellum, you said “ Black Lives Matter”, you said “Your hearts have been stirred with conviction about the injustices and inequalities of Black people”  You said that,… so if that is true, shortening your name is still racist .   Performative Wokeness is not Allyship.”

Anita recognizes that this not only personally affects her career, but sets the stage for future injustices, so she stands tall, and she fights.

“They have affected not only myself, but all those Black, Indeginous people of this land, and People of color (BIPOC) by attempting to insult our intelligence.   Either you are an ally or you are not.  Either change your name or go back to being Lady Antebellum, as until the week before I released The Truth is Loud under my moniker – Lady A – you had not released any music under Lady A – and just as I told the lawyers and the artist; “The moment you release something as Lady A you will wipe me off all the social platforms, ITunes, Amazon and Spotify” which is exactly what happened, even though you ( Lady Antebellum) said it wouldn’t or you would give your best efforts (per the 2 contracts you sent which had no substance and only helped you not me.) So where was the allyship?”

White hopes that by speaking up, she can help the generations to come, “It’s important for independent artists to know that big business does not always have to win out…  hold people accountable for their words, for their actions.  Yes, I’m tired, yes I’m exhausted, yes, I’m sick and tired of being sick and tired … but I will not give up, nor will I give in.  God is with me.. I trust Him.”

Anita White’s heart accommodates many things, but there are two things it holds quite dearly; a love for music, and a love for being a blessing to others.  Long before her name was known by millions, she has practiced these things with all of her being, and truly hopes everyone can find their place in this world with confidence and compassion.

“Learn  who you are, focus on what you want, stay positive even when it gets hard, know that you are called to do whatever it is you want to do in life and most importantly know that you are not here on this planet just for yourself, but to serve and help others as you make your way thru the journey of life.  You will find the more you give others, the more comes back to you in unexpected ways.”

What to expect next from Lady A?

“I’m still writing music  for an upcoming CD project for 2021,  The Truth is Loud – Ally Roles in 2020. My Life, Love and Laughter series on YouTube just launched last week,  you can find it on our Couch Concerts Facebook page. It’s a late night YouTube talk show with musical artists, Bakers/Cooks in the Seattle area, Gardners, etc. .   I write with a great writer Roz Royster McCommon who is also an amazing videographer and we’ve been working on that series, it airs every Friday night on Couch Concerts YouTube page at 10pm PST.”

White’s  website slogan reads, “Be Blessed and Be a Blessing”.  What a blessing it has been to share this story! She Who Dares!

This is a text widget, which allows you to add text or HTML to your sidebar. You can use them to display text, links, images, HTML, or a combination of these. Edit them in the Widget section of the Customizer.
%d bloggers like this: