“I am an artist – so I will always need to create – but I need so much more. I want to be a solid woman with a family and a community who sometimes does music – not the other way around.” –

Lindsay Brandt comes by that attitude naturally, crediting her mother for teaching her that women don’t just have to be one thing.  “She’s strong and resilient and warm and forgiving and flawed.” She gushes. “The house was usually a mess, the kitchen was tiny, and we didn’t really have “nice” things – but man, everyone felt welcome. And we all had so much fun. *That* is powerful. And that’s just who my mom is.”

Though Brandt grew up in a big family, the youngest of three redheaded children, she is the only one to have left her home in Evansville, Indiana to pursue a dream of music, one that’s she’s not quite sure why or where it began. “I do remember the first time wanted to sing for an audience – my 1st grade talent show with Whitney Houston’s version of “I Will Always Love You.”  I can still see myself in the mirror of the cafeteria bathroom, putting on my red satin dress and feeling sick to my stomach with nerves.”

One thing Lindsay does recall, however, is her desire to start songwriting. “I discovered Hanson, I saw them writing their own songs and playing their own instruments and I thought, ‘that’s so cool. If these normal Midwestern kids can do it, so can I.’” (I think this alone makes us soul sisters!)

“Plus I worshipped my older sister and had this fantasy that we would be the girl version of them. Like a Spice Girls/Hanson hybrid – truly, 7-year-old Lindsay wanted nothing more.”

It wasn’t until age 17 that Brandt really starting stepping in the direction of pursuing music professionally. “My senior year of high school, I’d leave class early and mom would drive me to Nashville for a voice lesson every week. Then a year later I moved to Nashville to attend Belmont. Nine years and three albums later – here I am.”

And that leads us to that newest record…

“Delta- a concept I learned through Brené Brown. She says, ‘the difference between what we make up about our experiences and the truth we discover through process of rumbling is where the meaning and wisdom of the experience live. The delta holds our key learnings – we just have to be able to walk into our stories and rumble.’ I kept coming back to that idea and thinking, ‘This is what these songs mean to me,’ so that’s where I officially began.”

In listening to this album, I felt a deep and personal connection with Lindsay.  Every bit of it seemed so true and so honest, like a diary she was tired of keeping to herself.  It’s hard to imagine sharing such personal things with the world, but, she says it all just started to flow, a memoir of what the last five years have been for her.

“I became a Nanny and it’s just completely broken my heart wide open.  Being vulnerable does not come easily to me. I’m much better at bulldozing my way through life. These kids have been the best little teachers. Up until that point I’d convinced myself that I wanted to be a commercial artist.  Once I took a step back and realized how incompatible that dream is with who I actually am as a person, the dream changed.”

Coming to that realization led Brandt to writing a song only when she really had something to say.

“I started baking more often. I took up photography. I wrote a blog. I volunteered at a women’s treatment center. I gave up social media for a season. I gave up wearing makeup for a season. I sort of stopped caring about putting my time and energy into things that weren’t a true expression of myself. All of this to say – the songs flowed out of this change. The album itself flowed out of this change.”

I’d say that natural flow and change turned into something pretty strong and powerful. My personal favorite tune on the record is “Too Much Woman,” which Lindsay states is her favorite to play for others. “It’s the good advice women need to hear sometimes. I’ve found that a lot of us have this awful fear of being ‘too much’ for anyone to handle. This song takes the power back in that statement, and it just feels right!” (Preach sister!)

“It holds some of my toughest lessons. No matter how evolved or enlightened I become, I know I’ll have to keep relearning them over and over again. This song will be my reminder to let go, Lord knows I’ll need it.”

But, at the end of the day, Lindsay Brandt just hopes for one thing…

And in that, has she not only dared to succeed, but she has achieved.  I am continually inspired by her work, and the positive vibes she sends, continually reminding us to embrace who we are!

If Lindsay were to create a playlist of songs by females that inspired her, who would top the list? Although picking only 3 was a near impossible task for her, here they are… 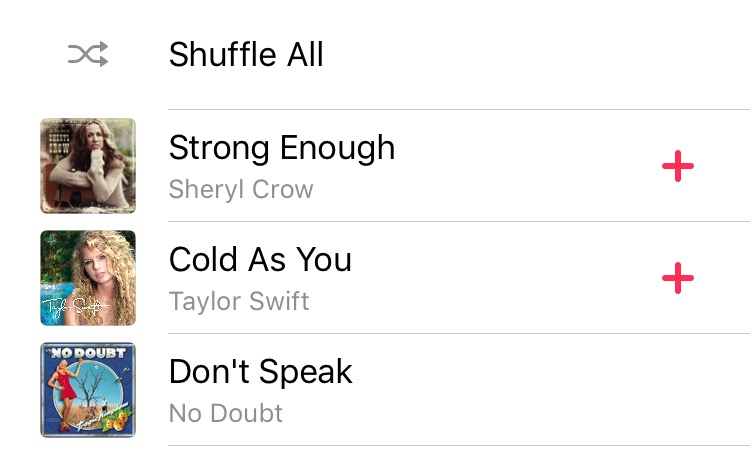 Until next time, go grab your copy of Delta, and join me in keeping up with and supporting Lindsay here..