I’ve noticed that I tend to be inspired by women who are courageous, outspoken, underdogs/resilient types…women who stay true to themselves and recreate their own branding.

And branding herself as a “Jane of all Trades” is certainly something that Jamie Burke has done for herself.  When I met Burke more than ten years ago, she was a young, baby- faced songwriter in Nashville, TN.   Since those days, she has not only continued her singer/songwriter career, but also added author, model, and fashion designer to her array of work.

As a young girl, the decision to focus future goals and dreams on the entertainment business was easy for Jamie.  “I was born in Austin but I’ve always said I ‘grew up’ outside of Denver. My dad is a radio legend and we moved there where he took over KYGO. I knew I loved music and wanted to be a singer, but getting to grow up backstage and really seeing hands on what the music business is like, that bug I had just grew. I essentially spent the majority of middle and high school just writing songs and sketching/writing things like gowns, screenplays and portraits etc. It was always pen to paper, but once I graduated high school I decided to move to Nashville to pursue songwriting and attend school for music business.”

Burke looked to the likes of Loretta Lynn, Miranda Lambert, Shania Twain, and Reba McIntire for inspiration as she took her journey towards the stage. 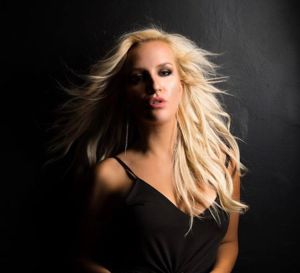 “I attended a concert where Reba had a costume change during a very quick lighting trick and I remember saying ‘I’M GOING TO DO THIS’.”

However, it’s not only those well known women who instilled confidence and hard work in Jamie. “I also have a woman I call my “Aunt Kelly”, Kelly Moreland, who is just the most incredibly selfless woman who believes in me so much. She is full of humor, graciousness, incredibly talented and brilliant, intuitive,  and the most genuine human I’ve ever met-who somehow inspired me to be better, yet kept me grounded and made me think on a broad scale about life, love, music, feminism/independence, inner strength and so so so much.”

It was in that discovery of inner-strength that Burke found the final nudge of confidence to leave Nashville and start a new chapter in New York City.  “I had been in Nashville for ten years, and I just felt like I hadn’t grown. I was bored and felt complacent. I wanted to grow as an artist as well as a human and woman. I finally decided to move to New York and it has been hands down the best decision I’ve made for my life. For the first time in a long time, I feel like myself as well as a constant sense of relief, gratitude and inspiration.”

Though her plate is full, Jamie tries to take a little time out of each day to do a little work on each project, noting that one

huge adjustment has been learning the importance of sifting through project offerings, allowing herself to focus on those that rank of highest importance to her future goals.

Speaking of those future endeavors, what should we look for next from Jamie Burke?

“I’ll be releasing two albums, one a strictly country album which has unreleased stuff, as well as popular singles.  I’m also putting out an album which admittedly is far more of a pop rock feel, with a strong focus on love songs. I have quite the muse to say the least.  Right now we are going over song selection and narrowing things down. I’m also planning on releasing my third book in the near future.  From there I’d like to go on tour, so we are in pre-talks for that.”
I know we are all wondering, what’s the secret to keeping it all together while doing so much?  She keeps it simple…
“Don’t compromise who you are or what you believe in. Believe in yourself, your talent and your purpose.”
I’m cheering for you, sister!  Keep on dreaming!
To keep up with the latest news, release dates, and inspiration, be sure to follow Jamie on Facebook, Instagram, and YouTube.